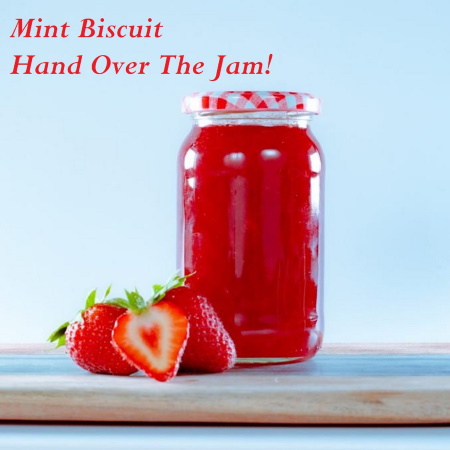 If Welsh guitarist Richard Thomas keeps it up with the number of albums and EPs he released so far this year, his one-man project Mint Biscuit will surely earn the right to don the mantle of "most prolific act of 2021". His latest is called Hand Over The Jam!, featuring nine mainly acoustic instrumentals. Ranging from basic rockers (To The Rescue, Here I Am, Six O'Clock Rock) to pastoral outings (Morning Song) he continues to prove that the guitar is a beast that is hard to tame, but that persistence and patience always pay off in spades.

Using self-imposed limitations like he does in All Fingers And Strums can actually be more interesting than trying to be shredding stunt guitarist. And he when doesn't get it right the first time, he starts all over again. One takes wonders are rare. Any musician knows that. The album's closer Somebody Lyrics Confusion is his fifth try as can be heard in his introduction.

Hand Over The Jam! is a self-released album. Buy it from his website.

Blues Men Can't Jump
His second "best of" has most of the tracks from the Summer EPs Quitting The Biscuits, We Are Sailing, and Blues For The Red Cow, and three tracks from Hand Over The Jam!.

HCTF review of Hot On The Heels Of...