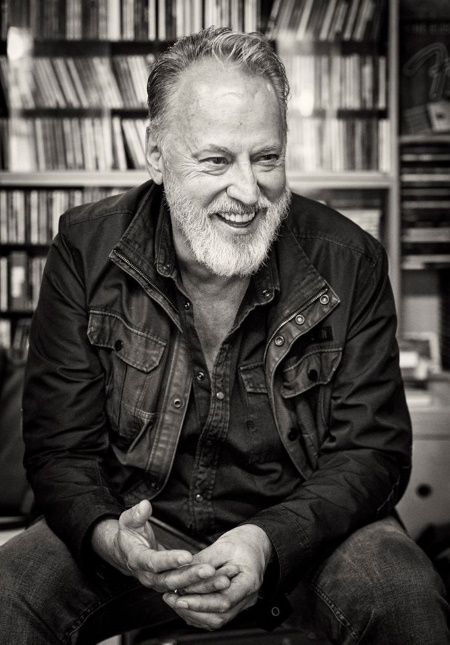 Jack Poels, the leader of Dutch Americana band Rowwen Hèze, goes solo for the very time with Blauwe Vear, an album that got kickstarted by a major event in his life: his son left the house for his first big trip to Korea. As a parent hew knew that he should be supportive of this endeavour, but of course he worried a lot, pacing around the house. As a musician he put his hopes and fears into an album. In a change of pace from the Text-Mex and polka commonly associated with his band, he slowed things down considerably with just his guitar and voice as the main instruments. Multi-instrumentalist BJ Baartmans served as co-producer and one-man band playing - wait for it - electric guitar, acoustic guitar, 12-string acoustic guitar, resonator guitar, mandolin, bouzouki, banjo, piano, bass guitar, percussion, and harmonica as well handling the backing vocals.

When Poels found a feather (Blauwe Vear) of an Eurasian jay on his way to his recording studio it served as a catalyst for writing the songs for the album. As per usual he sings in the Limburg dialect, the language of his native province. Following the folk tradition of telling stories he kept it close to home, with a song about drinking way too much in the bar, although that seemed like a good idea at the time (Kermis in de hel) and using the clock of the church in his village as a landmark (Elf oaver elf). He cannot help but wondering how that little boy transformed into a grown man almost overnight. The first track of the album, In de achtertuin, sums it up perfectly: he just want to pick up the conversation in his backyard, while he tries to act cool and in control, but feeling immensely relieved that he offspring has made it safe back home.

The Dutch should have no trouble understanding his lyrical subtleties, written in a dialect that comes close to their own language, while others can latch on to the tone of his voice that speaks volumes and should hit a nerve with folk music fans all over the globe.